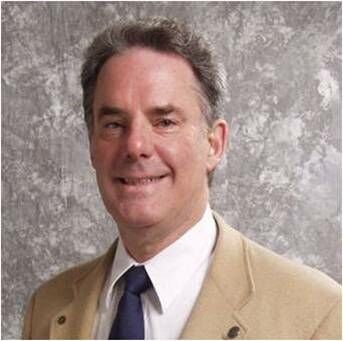 Consent to Contact
I consent to receive marketing content from Intero Real Estate and licensed agents within. This includes, but is not limited to, relevant market reports, listing information, newsletters, and event info. Consent can be withdrawn at any time by clicking the "unsubscribe" link contained in any email.

Niel F. Hildebrand Jr. has been a real estate broker since 1976.  Formerly a pharmacist, Niel has been a real estate investor since 1969.  He began with his own real estate company in 1976 and joined Century 21 in May 1980.  Niel, with partners, then opened Realty World Alliance in 2012.  Currently, Niel is with Intero, a Berkshire Hathaway Affiliate.  He is a member of San Francisco Association of Realtors as well as San Mateo Association of Realtors, serving the surrounding counties.

Niel has completed the courses given by the National Association of Realtors in the field of Commercial Investment Real Estate.

Niel has a Associate in Art degree from City College of San Francisco and a pharmacist degree, having graduated from University of California Medical Center in San Francisco.  He operated the Broadmoor Pharmacy for over ten years. He has a commercial pilot’s license; a general contractor license and was previously licensed as real property insurance agent.  He was also a Securities Registered Principal with Series 39 Certification.

Niel has served as the Co-Cubmaster of the Cub Scout Pack 58 of Hillsborough and has assisted with Boy Scout Troop 156 of Burlingame. He served on the Seton Medical Center Advisory Committee for more than four years.  He has been a member of Rotary International since 1983.  He has participated in and supported Little League and Soccer teams on which his son played.

Niel was director for the Mission Merchants Association and remains a member of the organization.  He was previously a Mobile Home Rent Review Commissioner for the City of Daly City for over seven years, as well as serving on the Jefferson School District Surplus Land Committee.  Additional, Niel has been involved with the Concours D’Elegance Hillsborough School fund raiser and car show for the past several years, having served on the Program Committee and the Docent Committee.  Niel was a 911 medical specialist in the US Army National Guard for six years.  Niel has been a member of the Olympic Athletic Club of San Francisco since 1975.  Niel is a licensed HAM Radio Operator.

Niel has children, a son born in 1983 and a daughter born in 1976 and lives on the peninsula.  He enjoys real estate and spending time with his family along with golf, motorcycle riding and flying airplanes.

Thank you for your inquiry.